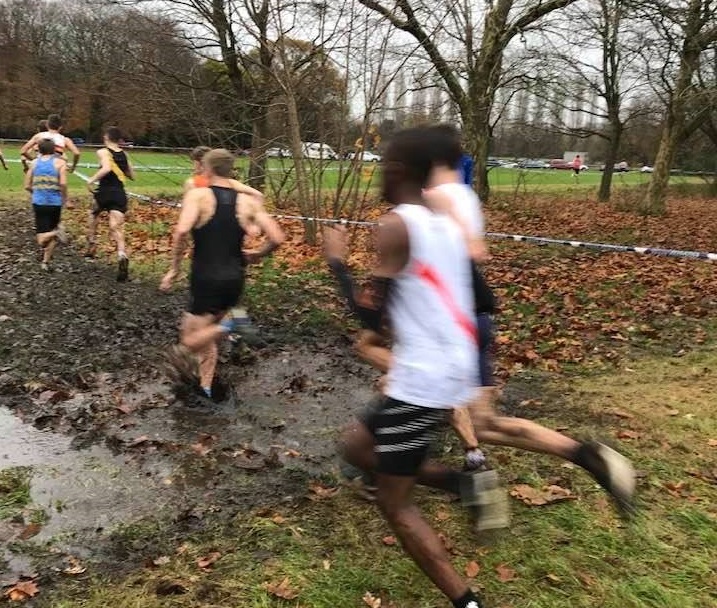 The British Cross Challenge is a series of five races, through the winter at various venues, culminating in Finals in Loughborough on March 7th. At the end of the previous u13B series in 2018 and 2019, the winner was William Rabjohns, a brilliant and unusual feat.  Now he is a first-year u15B but still in the top 12!

The picture above is what faced our three male runners in their races on Saturday at Sefton Park in Liverpool. As someone commented: “That’s more like cross-country!”

The Junior Presentation will be held at Wallisdown Liberal Club, Saturday week, December 7th. You are asked to arrive by 6.45 pm. The entry price is £4 each, including a raffle ticket.