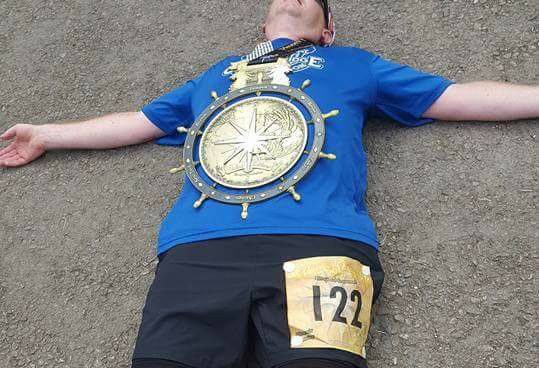 Well that was a pretty awesome weekend that resulted in a rather huge medal for Gary Tyler at the Phoenix Marathon and a 1st place female for Lesley Moore at the Puddletown Plod. Great work #TeamPooleAC

Gary Tyler took on not one, but two marathons this weekend which resulted in one of the biggest medals we’ve ever seen! Amazing effort Gary!

James McCafferey took on the Yeovil Half Marathon to secure his first sub 3 hour marathon time of 02:56:30. Amazing!

Reuben Skinner and Lesley Moore visited the Puddletown Plod to take on the rolling hills. Huge congratulations to Lesley for her first place female at the race!

Garry Tissington took on the small challenge of a 24 hour endurance race this weekend and completed the race with a shiny new PB. Over the course of the race, Gary covered 85 miles in 24:43:53 and finished 31st solo runner!

International athlete Melissa Courtney goes from strength to strength, this time securing another PB in the 5000m. Melissa crossed the line in 15:16.51. Outstanding!

Louella O’ Herlihy smashed the Ironman in Staffordshire to come first W45, crossing the line in 5:02:56. This means the Louella has qualified for the IM70.3 Worlds in South Africa in September!