2020 was a year like no other, yet our junior athletes continued to shine, just like every other year. In this post we celebrate our 11 award winners for 2020, but would also like to congratulate each and every one of you for all you achieved. 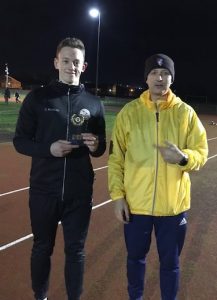 Our deserved Track & Field Overall Champion for 2020 went for the second year running to Adam Booth. Adam showed competitive excellence starting with an excellent personal best in the Indoor Heptathlon of 4656 points, which ranked Adam 7th in the UK in 2020 as an Under 20 athlete.

With limited opportunities Adam sought out a 400M Hurdles competition in Yate where his winning time of 54.25 seconds gained him an invite to compete in the UK Championships in Manchester where his time of 54.12 secs saw another club record and ranking Adam 2nd In the UK for 2020 as an Under 20 athlete. 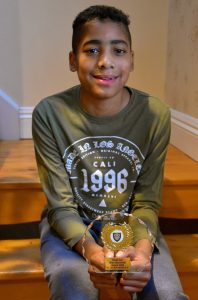 When Elouan started Sportshall last autumn/winter he was a fairly new PAC member.

Sportshall demonstrated his athletic abilities. In particular Elouan is strong on the longer runs, but his real ability is in throws.

Chest Push either 1st or 2nd each competition; Target Throw always 1st, his PB is 15, quite an achievement!

Elouan was rightly selected to represent Dorset at the SW Sportshall Championships but the event was inevitably cancelled.

Elouan amply demonstrates the value of Sportshall with the variety of athletic skills practiced, which are being put to good effect as he develops his overall athletic capabilities. 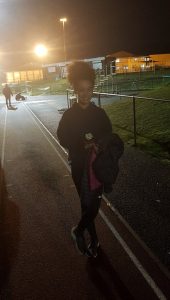 Jaya has consistently been our highest performing Sportshall Athletics competitor within her age group across many winter seasons, including 2020. In a curtailed season Jaya again proved her excellence within the Under 15 fixtures. The Award celebrates the consistent exemplary performances which includes a number of unofficial club best performances across her time competing indoors for Poole AC.

Track Athlete of the Year 2020 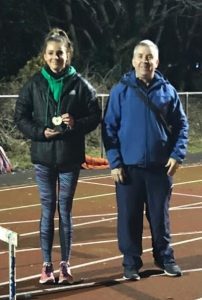 With limited opportunities available for track competition athletes had few chances to reach their optimum performance levels for racing in 2020.

Despite missing out on improving on her club record in Steeplechase, Emily still demonstrated significant progression within Middle Distance competition with a 10 second personal best over 1500M with a time of 4:42.80 which would have been Entry Standard for the English Schools Championship if this had not been cancelled. Emily’s time ranked 27th in the UK for 1500M for 2020.

Emily also demonstrated her speed over 400M with a time of 61.8 on her first outing over the distance.

Field Athlete of the Year 2020 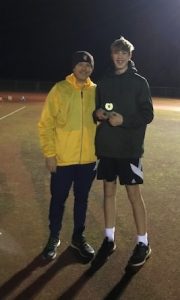 Despite the constraints for event specific training for so many of our field-based athletes, with access to the Ashdown Athletic Arena being barred until July, this did not prevent technical coaching being arranged by Mike Long for his group in late Spring and Summer.

One of the beneficiaries was Harry Midgley who honed his technique to good effect to take advantage of competitions in September. Harry extended his Personal Best on 3 occasions beyond his mark in 2019 with a lighter implement, to smash the club under 17 Javelin Record by throwing 46.78 Metres at the Club Championships on 26th September. Harry also was ranked 27th in the UK for Under 17 Javelin in 2020 despite being in the first year of this age group. 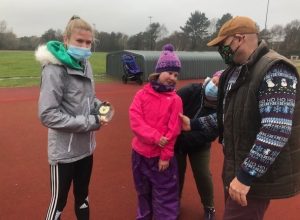 In addition to continuing her progression as a 400 Metre flat and 400 Metre Hurdler as an under 17, Heidi has used her Athletic Leader qualification to great effect to support the development of the Club’s Para Athletic Race Runner Group which has been a new initiative started by the club in 2020.

Heidi has been a regular coach at Sunday Sessions supporting Martin Cook in helping many disabled members to learn how to use the equipment, showing great encouragement, care and expertise to the growing number of young people who are joining the new scheme. 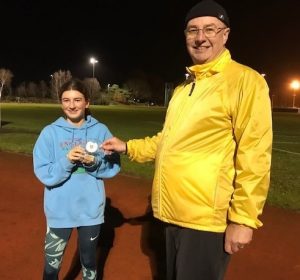 Lexie achieved many excellent Cross-Country Results during last winter that included an unbeaten run in both Wessex and Hampshire Cross Country League as an under 13. These accomplishments consequence resulted in Lexie taking the overall individual title in both leagues. 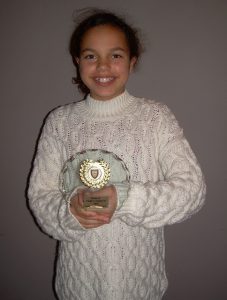 Mali has worked incredibly hard during a very much disrupted year and this was validated by some significant progress in a number of disciplines, within events organised during the abridged track season. 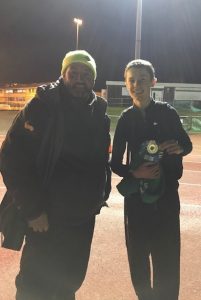 Throughout 2020 Mark has shown exemplary application to his scheduled training and as a result has made giant strides forward in his running performances as demonstrated in the limited opportunities that have presented themselves this past Summer.

Starting the year with an excellent 5th in the SW Inter Counties Cross Country Championships, when opportunities arose Mark delivered significant PB’s in events from 800M to 3000M. Mark slashed 9 secs of his 800M Personal Best with a 2:05.8, 18 second improvement over 1500M with 4:14.14 and 86 second advancement over 3000M bringing his best down to 9:17.74

Mark continues to deliver consistently high-level performances in training and there is great optimism for successes once events are permitted again in 2021. 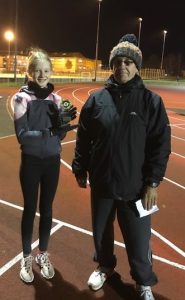 Seni has made significant progress over the past year. Beginning with a 7th place finish in the Dorset County Schools Cross Country. Some spectacular track performances followed where Seni recorded Club Under 11 Records over 200M – 31.42 and 600M – 1:52.83 (A time that ranks as the second quickest in the UK in 2020).

Seni continues to show excellent commitment in her training and will no doubt continue to progress given her athletic talent and enthusiasm, in seasons to come. 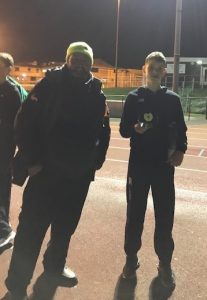 During a year of progression from a physical and fitness perspective, Will demonstrated his ability to deliver at the optimal time with a tactically first-class performance at the English Schools Cross Country Championships, just a few days before the March Lockdown. Will worked through the field to finish 3rd in the Junior Boys event at Liverpool, to make the English Schools Team for the second year in succession.

The performance followed on by strong performances during the early months of 2020 which included 7th at the English XC Champs in his first year as an Under 15 athlete.

Despite isolation forcing withdrawal from several races during the Summer, Will was also able to post a fine 1500M PB of 4:09.46 which ranked him 4th in the UK in his age group this year.

Click the button below to see the previous award winners.