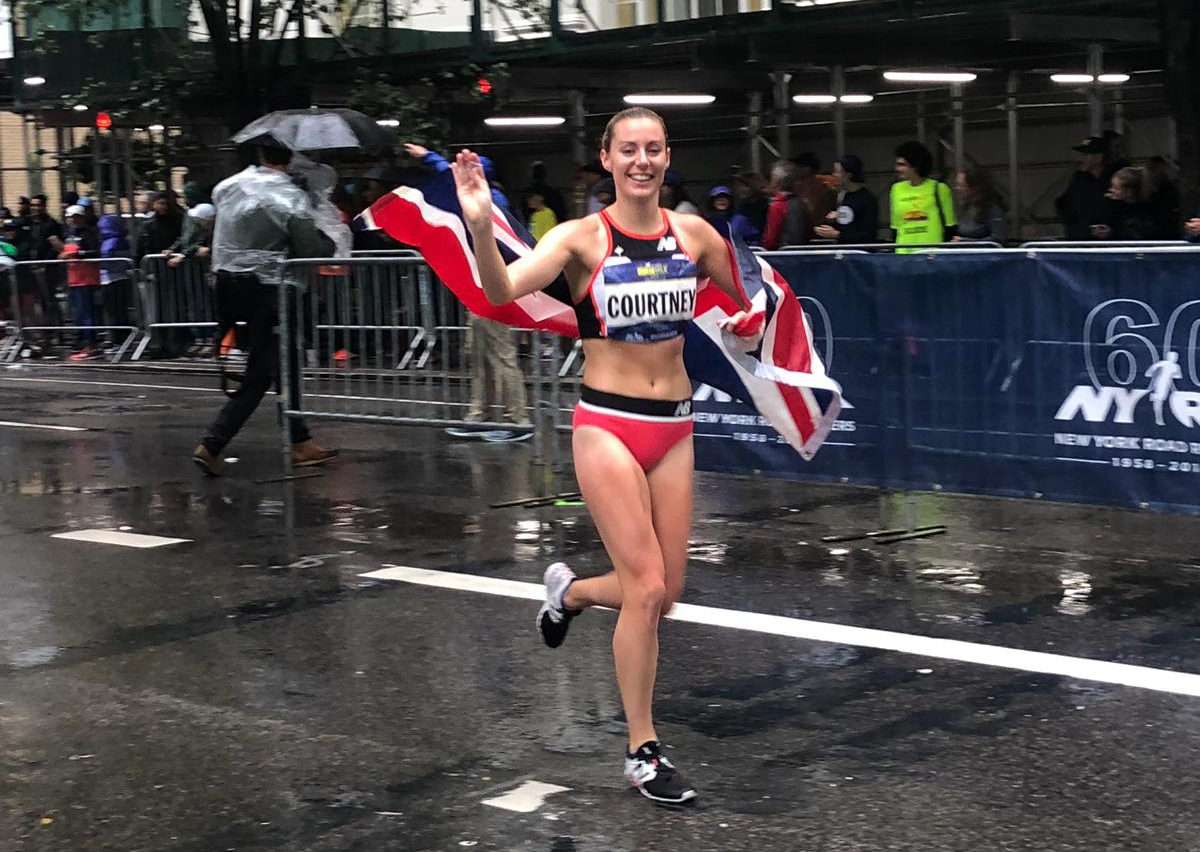 Melissa Courtney, daughter of endurance coach Mark and coached by Mark Pauley, ran in the elite section of the New Balance Fifth Avenue Mile in New York on Sunday. In wet conditions, she finished in third place, the best of the overseas runners. Her time was 4:20.19 and 3,595 women finished. Jenny Simpson (USA) won in 4:18.8 (this added to her excellent bronze in the Commonwealth Games on Gold Coast in April.) GB athlete Jake Wightman won the Mens’ race, ahead of more than 4100 runners.

Jack wins the Mens’ Long Jump in the City Games.

Multiple champion Greg Rutherford, having announced his retirement, was jumping in his farewell competition. By the end, only 3 cm covered all three athletes. Jack enhanced his reputation and justified his invitation by winning with 7.41m. He was followed by James Lelliott (BAC) with 7.39m and then Greg Rutherford with 7.38m. The attention was understandably on Greg and for him, it was a happy and emotional time. Anyway, well done Jack!

We move indoors on Saturdays (Ashdown Sports Hall) 4.30-6.00pm next Saturday, September 15th, registering from 4.15pm. With our first Sportshall match (u11s/u13s and u15s) at Canford School Sports Hall on September 29th at 2.00 pm, we will be training for that match developing those skills. The Club session on Saturday mornings will re-commence in March 2019.   Individual coaches may have their own groups working on Saturdays and there will also be Cross-Country training at various venues on Saturday mornings.

We host our first match based at Limelights, Learoyd Road, on Sunday, October 7th, with first race 11.45 am. There will be races for u11s to Seniors. Please ensure you confirm your availability to Mark Pauley, Junior Committee,  here>>