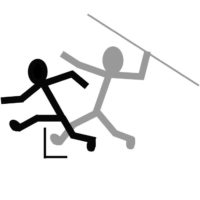 TRACK AND FIELD FOR JUNIORS AND SENIORS

We train throughout the week concentrating on developing and working on different skills. Track and field sessions start at different times. Click the following buttons to see our training schedules.

This is an ideal starter league for young athletes to compete in. Ages range from 11 years to u20. This league also includes QUADKIDS which is for our younger athletes 8 to 10 years of age who compete in 75m, 600m, Long Jump and Howler. Wessex and Quadkids are contested on the same day/venue and held on Sundays. There are four matches each during the summer months. For more information click the button below.

This league is for athletes from the age of 11 up to veteran level. There are four matches which are held on Sundays throughout the summer months. The programme of events alternates to cover the whole range of events for this broad age-range. For more information, click on the button below.

In the YDL, we compete as part of Team Dorset. The league is split into two separate age groups: Lower (U13-U15) and Upper (U17-U20). It consists of three clubs in the Lower Age Group: Poole AC, Wimborne AC and Dorchester AC and it also includes Poole Runners in the Upper Age Group. The Lower competes in four Saturday matches. The Upper has four matches on Sundays, separate from the Lower arrangements. Competition standards are a little higher in this league and athletes are selected from each of the three clubs based on their performance and confirmed availability. The team manager or coach will contact the athletes who have been chosen to participate. For more information, click on the button below.

This league targets athletes aged 15 years up to veterans in five matches held on Saturdays and Sundays. In this League again we compete as part of Team Dorset, which is a composite team of the three clubs, Poole AC, Wimborne AC and Dorchester AC (with the possible addition of Poole Runners). Senior specifications are used on both track and field. For more information, click on the button below.

The Dorset Sporthall League is open to athletes from 8 to 14, (School Years 3 -9) in which there are 3 events covering Under 11’s Under 13’s and Under 15’s held during the winter training period. There is also a Sportshall County Championships held for the same age groups, with all of these in recent years being held at nearby Canford School. From this athletes can be selected to represent Dorset at the SW Sportshall Championships in Torbay with only the top county going on to compete at a National Championships in Birmingham.

What Can I Expect?

Our track sessions take place at Ashdown Sports Centre, Canford Heath, BH17 8RE. Our coaches will train athletes for upcoming events and also to help you achieve your own goals.

Disciplines cover everything from sprints through to middle and long-distance as well as high and long jumping, discus, javelin and hurdling. Let’s not forget about relays too!

Please note: These lists will show the next few upcoming events only. To see which events have passed or events later in the year, please see our events calendar and search by month.