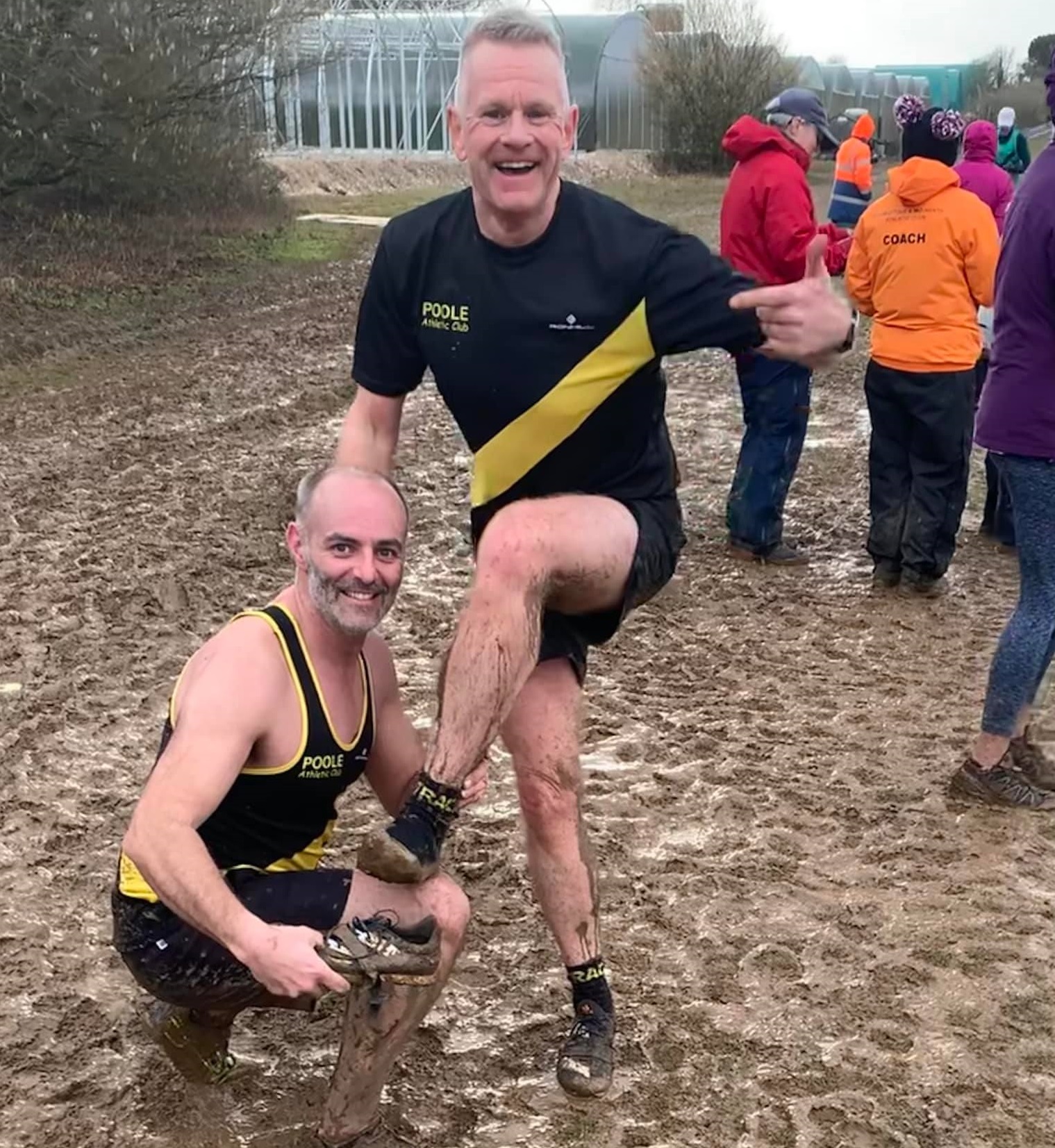 A number of events were cancelled due to the effects of Storm Eunice. The Bournemouth 10 was one of the unlucky events (again).

Our hardy cross-country members were not deterred by the weather conditions, and travelled to a windy and muddy Popham airfield for the final fixture in the winter Hampshire series. Well done all – we got some terrific results!

Erin Wells and Mark Ruby came first in their events and also came top in their individual aggregate positions. The senior men’s team consolidated their place on top of Division 2, so they gain promotion to Division 1 next season.

Three of our members took part in the South-West Indoor Track and Field Championships which were staged, as part of the Welsh Junior Event held at the Welsh National Indoor Centre on Sunday 20th February. This meeting had been postponed from January 9th, and offered events for u13s, u15s and u17s. Beatrice Hamblin raced in Heat 2 (of 3) of the u13G 60m hurdles, placing 3rd (of the six athletes ) in 10.28. As well as coming third in her (Welsh) race, she was also a bronze medallist in the South-West. She also ran in Heat 1 of the 60m sprint, placing 5th (of 7) in 8.86. Tyler Collins (U17M) ran in the final of his 60m hurdles , finishing 4th (of 5) in 9.72. Finally Eleanor Mowbray was also just outside medals when placing 4 th (of 12) in the u17W Long Jump with 4.87m. For all three this was a debut in Indoor Athletics.